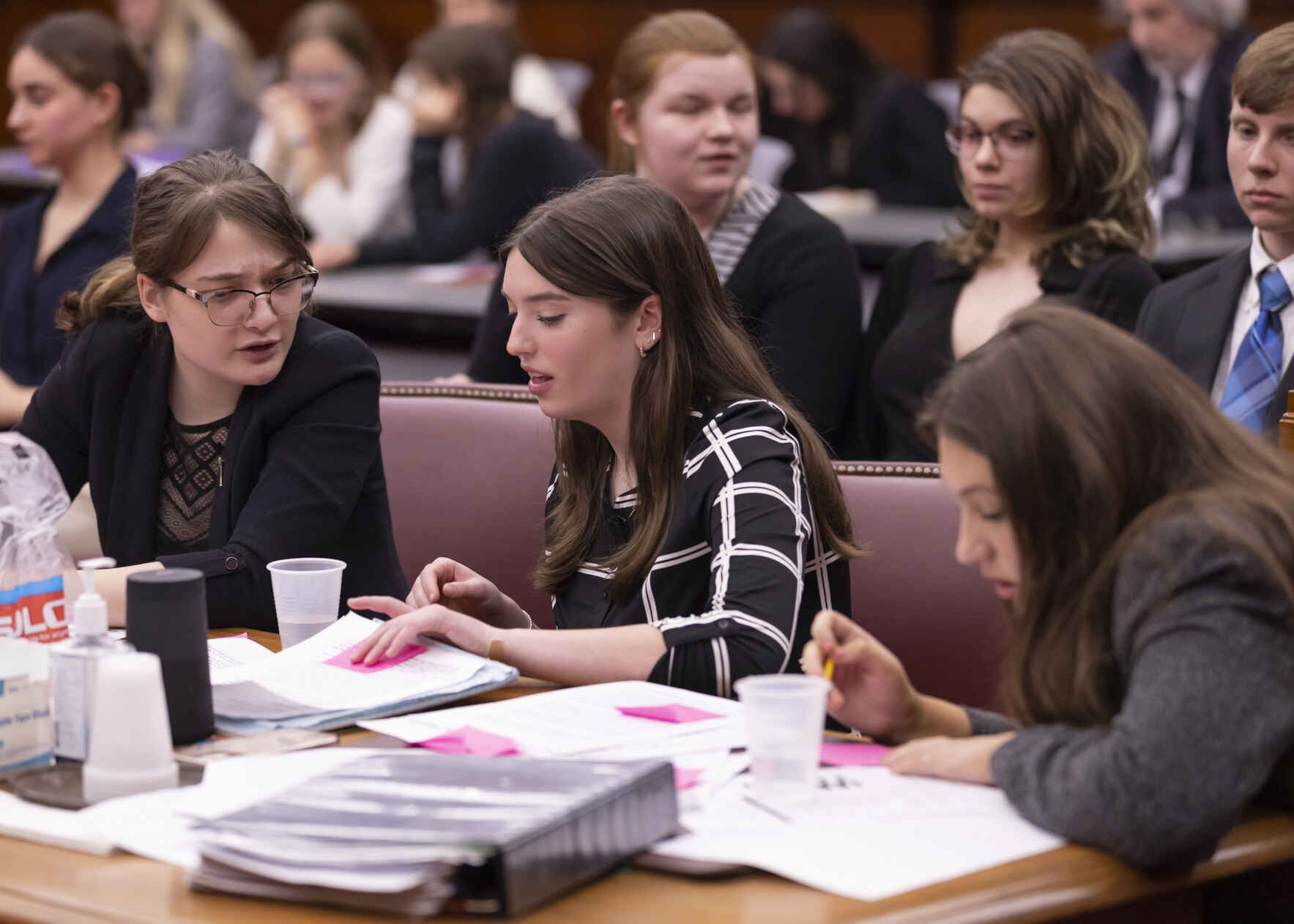 Forty years ago, MYLaw (then named "CLREP"), began a little known program called Mock Trial. Back then, few people had heard of mock trial, and only a handful of mock trial competitions existed across the nation.

Forty years later, more than 75,000 Maryland students have participated in MYLaw's Mock Trial Competition. In a typical year, more than 140 teams and 2,000 students from across the state register to participate, representing 19 counties and Baltimore City. Approximately 450 competitions take place annually in schools and courthouses - and nearly 400 attorneys and judges volunteer to score/preside over the matches.

Many of the participating students have gone onto a career in the legal profession, but many more have benefitted greatly from the vast array of life skills inherent in Mock Trial: communication, teamwork, critical thinking, and the art of persuasive, cohesive speech (not to mention a thing or two about our courts, the law, and trial procedure!)